Cedar Rapids Neighborhoods: Why You Should Move To New Bohemia 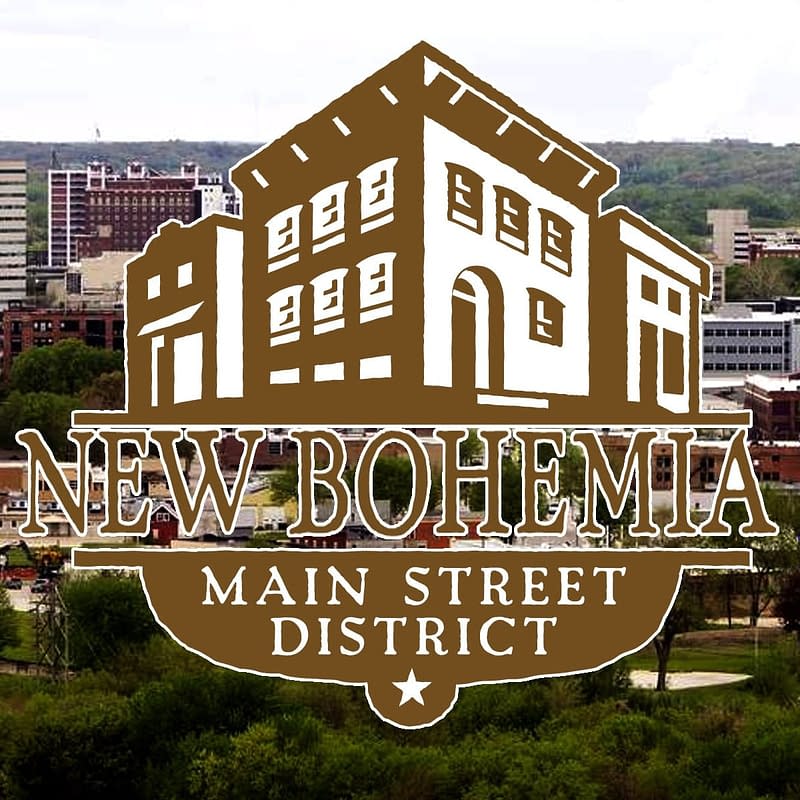 Nestled in a bend of the Cedar River near the southeast side of Cedar Rapids, Iowa, is one of the city’s hottest new neighborhoods, New Bohemia. US News recently named Iowa as the best state to live in the country, so as an up and coming neighborhood in Iowa’s second largest city, New Bohemia, or “NewBo” is a prime spot to consider for anyone moving to Cedar Rapids.

Newbo has changed a lot since its first settlers arrived in the 1870s, and there’s still a lot of change ahead. The future is bright. Thanks to Steve Shriver, known by some as the “unofficial mayor of Newbo,” co-owner of Brehemia, CEO of Ecolips, and a key player in Newbo’s renaissance, we got the inside scoop on what makes Newbo a great neighborhood in which to live, work, and play.

Steve’s connection to New Bohemia began in 1997, when he was looking for a place to rent to start a new lip balm business, Ecolips. At the time, New Bohemia was not a great part of town, but rent was inexpensive, so he found a small spot in the Cherry Building to start his company, and has since witnessed and participated in the neighborhood’s gradual development.

“Some people lived within a few blocks of here. Not many people lived in the neighborhood proper, and a few of us started to get to know each other. So over the years from 1998 to 2001, we started meeting formally, some of the artists and entrepreneurs in the district and one of our friends came back from New York and said ‘you know, in New York they turn old warehouse districts like this into arts districts,’ and we were all sort of, you know, young and motivated and like ‘yeah, lets do that!,’ so in 2001 we had a naming committee and we named it ‘New Bohemia’ and since then it’s literally been one business, one artist, one event at a time, one resident… And now it’s one developer at a time now that it’s becoming the place to be.”

New Bohemia as it exists today is a fairly new neighborhood, but the area’s history actually stretches back over a century and a half.

In the second half of the 19th century, long before it was known as NewBo, the area was home to a number Czech immigrants, many of whom were drawn to the location for steady employment after the arrival of the T.M. Sinclair meatpacking facility.

The neighborhood continued to grow over the years as more Czech immigrants followed family, work, and other opportunities. The area continued to evolve and became known as “Little Bohemia” with the development of a Czech commercial district in the 1890s along with the establishment of the Czech-Slovak Protective Society hall.

After the turn of the century, additional immigration and the conversion of much of the downtown residential buildings into more warehouse and commercial facilities saw the Czech population replaced with a more diverse melting pot. That population is more consistent with the face of Newbo today, but the area still has a strong sense of its original cultural roots. The Czech Heritage Foundation was formed in 1973 to help preserve the neighborhood’s culture, and after the turn of the century the name “New Bohemia” was eventually selected by the naming committee to honor the heritage of the original inhabitants.

Renovating a neighborhood is no overnight task, but Steve distinctly recalls the first time he truly grasped how far the neighborhood had come, and where it could eventually go:

“Going back to the early days, when we first started dreaming about what this could be, one of the first things we did was we started putting art up on the exterior walls of some of the old warehouses here. We started a project called “2 by 2 by you” where we took 2×2 pieces of wood, gave it to various people, and people created art on these little wooden boards and we’d put them on every building that would have them. And I remember the first time we got a newspaper article written about us and people drove through here to see the art and they’d look out the window at the art on the walls. Another year goes by, more art goes up, and I remember seeing the first person pull their car over and get out of the car and walk up to a building to look at the art and it was sort of a breakthrough moment for me to see ‘wow, we’re actually making… this is working’ even though it was very small in comparison to what it is today, but seeing people respond positively to all of the the positive energy that was put into this area.”

In June 2008, tragedy struck. After a particularly rainy spring, the rivers finally flooded. A number of farms and cities were impacted, but Cedar Rapids experienced some of the worst fallout. Many of the buildings in Newbo saw flood waters rising over 8 feet.

In all of Cedar Rapids, the losses were severe. Thousands of homes and nearly a thousand business were damaged, 6-7 thousand people lost their jobs, and there were billions of dollars in damage. However, despite the tragedy and losses, it galvanized the community and created an opportunity through reconstruction efforts to help NewBo bounce back and improve beyond its pre-flood condition.

“We had some good momentum from 2001-2008 we had drawing of what we wanted this place to look like and we definitely felt like we were making progress, it just wasn’t happening very fast. It was very organic. Once the flood hit it basically wiped everything out. It caused everybody to look at it as a clean slate. So downtown and New Bohemia and Czech Village and the city of Cedar Rapids worked together on a more comprehensive plan and that’s when it really just blew up.”

Nearly $150 million in both federal and state funds was spent purchasing flood damaged property throughout Cedar Rapids. In some cases, the city would rehabilitate the property and re-sell it. The need for recovery and rebuilding also encouraged the city to change its behavior toward developers. According to a Wall Street Journal article praising NewBo’s recovery, a local developer named Joe Ahmann invested $40 million in new commerce like coffee shops, day spas, and more. Other private investors followed suit.

Steve Shriver says he would never call the flood a blessing – far too much damage was done to ever see it that way – but the response and recovery effort saw a renewed push to rebuild and improve the neighborhood in the wake of the flood, taking NewBo to new heights, raising property values, and making it an attractive social hotspot.

“It’s really hard to call the flood a blessing because it was painful. It cost everyone a lot of money. Thankfully no lives were lost, but it was on the edge. It ended up, the net effect of the flood seemed to be pretty positive for this area, but my blood pressure rises just thinking about the flood and the impact it had here… After 2008 the NewBo City Market opened up and businesses started moving back in and there were incentives for businesses to move back in and it was, again, one business at a time, one event at a time, that just continued to bring, in a place where, literally, would see maybe 100 people a month back in 2001, now thousands of people come down here on the weekends for various events.”

At the heart of NewBo is The NewBo City Market, a not-for-profit facility that is home to a number of food vendors, retail startups, and the host to numerous events and activities throughout the year.

Whether you’re seeking an education in NewBo Market’s learning garden, want to participate in a community yoga session, or looking to enjoy a Friday evening with some live music, NewBo City Market is a bustling hub unto itself, with a number of additional attractions within walking distance.

As a thriving arts district, it should be no surprise that that NewBo has a plentiful supply of coffee shops and bars for you to either energize and get some work done or wind down at the end of the day.

There’s also a number of music and theater venues where you can see a performance or try to book a gig of your own. NewBo has some excellent music and theater options, including one of Steve Shriver’s favorite attractions:

“One of the best hidden gems here in New Bohemeia is CSPS. It is a theater that is a non profit that scours the world for some of the best acts. One week you might see a Russian beat boxer, and the next week you’ll see a folk band. It’s one of the best kept secrets. There’s no marquee out front, so you kind of have to know about it, but it’s one of those things that has been here since before I was here and hopefully will be here for a long time.”

What Makes NewBo a Great Place to Live

New Bohemia has come a long way, but it’s hardly done yet. As the neighborhood has grown, it’s become more self sustaining, creating a place where residents and visitors can find all the amenities they need. It’s now possible to fill an entire day in NewBo, which Steve Shriver sees as one of its best, most unique qualities.

“The great thing about where New Bohemia is at today is that you can come here in the morning on a weekend and grab breakfast and walk around and tool through the market and see some different shops. It’s not that big of an area, so we’re talking about ten square blocks of various shops of all kinds. Anything from music, cycling, and skateboards to artisan shops to popcorn shops. Grab some lunch, see some live music, hang out, and even stay for dinner. So now we’re finally getting to the point where you can send almost a full day here. There’s no place like that in Cedar Rapids now.”

While some people have lived in NewBo for decades, many of its residents have only arrived in more recent years. Steve is happy to see the growth, but is hopeful to see new residents lay down long term roots, claiming New Bohemia as their home for years to come.

“We see old and young. There’ll be a 70 year old person walking their dog in the morning and a family of 5 coming out of one of the restaurants and it’s really a place for everybody. With the amount of tech that we have in the neighborhood now with Geonetric, Iowa Startup Accelerator, and Involta, that’s definitely bringing younger people. That’s really important. Ideally we get the younger people to come and stay and become those 70 year olds walking their dog someday. So it’s a great blend.”

Whether you’re moving and looking for a new neighborhood, or just to spend the day, NewBo has everything you’re looking for. Be sure to stop in at Steve’s coffee shop, Brehemia, for coffee or a bite to eat, and check out crmainstreet.org for more information about NewBo and the surrounding Main Street District.f 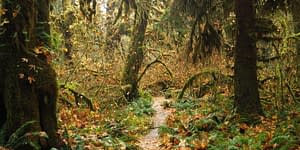 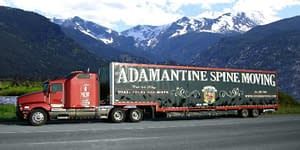