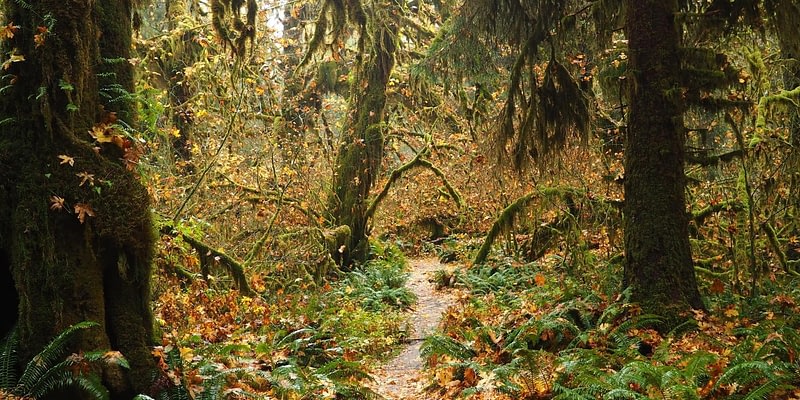 Thanks to his numerous jaunts around the country in our 18-wheeler for long distance moves, Cliff Wallace has racked up the miles and seen the sites. A seasoned traveller and fount of knowledge, Cliff always has something to share from his experiences. Thanks to a trip out to the Pacific Northwest, Cliff discovered one of his favorite places: the Hall of Mosses in the Hoh Rainforest, Olympic National Park.

Hohly shit balls, this is probably my most favorite place I’ve ever stood. It was rejuvenating, intoxicating and just incredible. An intense natural high came just from existing in this specific spot.

We moved an awesome couple retiring from Longmont, WA to Minneapolis so they could live near their kids and grandkids. After loading them up, Kyle, Griffin and I decided to take a cruise on the 101 around the Olympic Peninsula. The far northwestern armpit of the states that definitely remembered to put it’s deodorant on that morning. This is one of the best drives I can recommend. It has this old time PNW feel (pacific northwest to you midwesterners) with Western Hemlock, Douglas Fir, Sitka Spruce and all manner of evergreens lining the roads. We passed mostly logging trucks, Jeeps, Subarus and even Kurt Cobain’s childhood home in Aberdeen. I just wanted to rattle off Jack London quotes and disappear into the forest like a proper Wood Elf. We decided to stop at the Hall of Mosses in Hoh Rainforest within the Olympic National Park because the pictures looked cool. What we found was better than any of the pictures we saw on Google.

We must have had the most perfect timing possible with it being towards the end of fall. The leaves were every shade of color, many had fallen, and many had not. The neon green moss accented everything to create the most magical scene I’d ever seen (heh). The Hall of Mosses is only a two mile hike, and it’s not challenging at all. The only challenge is to decide when to go back to your car and tear yourself away from the most endearing beauty you’ve ever seen. Although, when you do, it will probably have something to do with being extremely wet, which makes it easier for people to go back to their cars in my experience.

The Olympic Rain Forest is a temperate rainforest, which I mostly understood to mean a rainforest that gets cold. Six months prior, I had spent some time in the Amazon Rainforest which is a normal rainforest, known for being hot and miserable. After this mosquito laden, albeit beautiful and life changing experience, I decided I would only visit rainforests through the comforts of my living room with a large screen. Everything about the Amazonion Rainforest made me feel as though I were in survival mode. The bugs want to eat you. It’s hot as shit. It’s humid as shit and the locals probably don’t want you to be there (including the Jaguars). This was not the case with a temperate rainforest in Washington. All you need is a waterproof layer and something relatively warm underneath it.

Growing up, I loved reading books like Lord of the Rings and the Chronicles of Narnia. This forest truly felt like walking through the forest of Mirkwood, the woods of Lothlorien, or maybe a small forest found within the shire. The sunlight randomly shines through in thick, separated beams flickering off of bright green moss with trees twisting over the trail while massive Sitka Spruces dwarf you. The moss looks furry to the touch and the small occasional streams glide slowly by in no real hurry to go anywhere. This place feels magical the entire time and I really can’t recommend it enough. 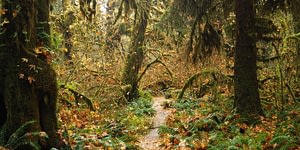 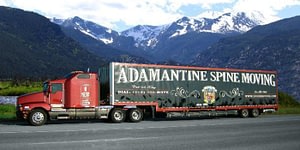